The quantum realm is nothing like the classical world of children playing soccer or planets revolving around the Sun. Yet, it makes us who we are from miniscule atoms to quantum biology to solar panels aboard satellites.  In this mysterious realm, matter can behave as waves. Beams of light separated across the globe can commune in spooky ways. Tiny little magnets can gyrate and form the basis of MRI machines.  Particles can conspire to form strange fluids that give rise to levitation.

Through theater, film, music, dance, storytelling, and more, we take you on a journey into this quantum enchantment.  Interspersed through our meanderings, quantum physicists appear to give you dramatic first-hand accounts of their explorations of these mysterious realms. 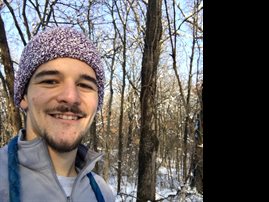 The piece was first performed at Illinois in 2018 for Anthony Leggett's 80th birthday celebration and at the Beckman Institute, and then in Boston in 2019 as a public event held by the American Physical Society March Meeting. In the face of the pandemic, a production to feature in southern California was converted to virtual space, working under challenging Zoom conditions. Excerpts are featured in the festival.

Smitha Vishveshwara is a professor of physics based at the University of Illinois at Urbana-Champaign. Her theoretical research explores the coldest states of matter in the universe, nanomaterials, strange quantum particles, black holes, proteins, and more. Over the past several years, she has been combining her passions for the arts and the sciences. She has developed an interdisciplinary project-based course, Where the Arts Meet Physics, in which students conceive, build and share their marvelous creations from the quantum to the cosmic. She has collaborated with marvelous theater-makers, dancers, musicians, visual artists, scientists, and more to create several works. These works include a performance-based adventure tale, Quantum Voyages, a meditative visual-music-narrative piece, Quantum Rhapsodies, and premiering at this festival, Solaria, a fantasy on the spirit of our solar system.  As an organizer of this festival, she is elated to witness The Illuminated Universe come alive through the incredible works of the numerous science-art explorers.

Latrelle Bright is a theatre maker, arts advocate, and a faculty member at the University of Illinois at Urbana-Champaign. She has served as founding artistic director of The Renaissance Guild Theatre Company and has worked with Voices of the South in Memphis, the Heifer Theatre Project with Heifer International in Little Rock and INNER VOICES Social Issues Theatre (University of Illinois). She believes in the power of storytelling as "our modern-day campfire where folk gather for spiritual, educational and recreational purposes that stories provide.  To weep and laugh, together.  To share in fright and awe, together."  She has received awards for her innovative programming, writing and directing and has been recognized as a Young Leader of Color by TCG. Recent directing credits include Fun Home, The Water Project, Sleep Deprivation Chamber, Cabaret, and Quantum Voyages.

Michael Highman is a 4th year PhD student in physics at the University of Illinois at Urbana-Champaign. He has played as Akash in the three instances of Quantum Voyages since its inception in 2018. An atomic physicist by training, Michael works in the lab with ultracold atoms and molecules, exploring in his research several of the phenomena that his character Akash encounters in the show, such as Bose-Einstein Condensation.

Carmen Paquette is a Business & Integration Architecture Analyst at the consulting company Accenture. Paquette is also a Principal Soloist and sits on the advisory board of the tap dance company Making A Difference Dancing (MADD) Rhythms. She is an avid supporter of STEAM initiatives in education, having worked with the National Aeronautics and Space Administration (NASA) in outreach programming to encourage students to explore their creative and scientific potential. She continues to partner with the I-MRSEC at the University of Illinois Urbana - Champaign (UIUC) to expand upon the traditional practice of art and science in the classroom. Instagram: @paquettetaps

M.A.D.D. (Making A Difference Dancing) Rhythms is a phenomenal tap dance collective whose "SOLE" purpose is to spread the Love and Joy of TAP worldwide. What started as Bril Barrett & Martin Dumas III's formula for giving back, is now in its 20th year, a full-fledged 501 (c) 3 performing arts company, quickly gaining a reputation for representing the true essence of tap: RHYTHM! The company is composed of young, versatile tap dancers from all over Chicago. Their ages range from 17 to 45 years old, and their backgrounds are equally diverse. The one thing they all have in common is a love for "the dance". M.A.D.D. Rhythms’ mission is to preserve, promote and contribute to this art form called tap. They teach its history, represent its culture and advocate for its future. M.A.D.D. Rhythms uses this beautiful dance/music form to make a difference in the under-served communities of this world by connecting and caring for the youth of this world. Believing that having access and options gives a child a greater chance at a positive life, M.A.D.D. Rhythms spreads the joy, love, discipline and expression of tap to as many children as they humanly can!

Daniel P. Shoemaker received his B.S. with Honors in Materials Science and Engineering from the University of Illinois in 2006 and his PhD in Materials from the University of California, Santa Barbara in 2010. His research group focuses on synthesizing new inorganic materials and uncovering routes to engineer their response to electronic, magnetic, and chemical stimuli. Understanding synthesis allows the use of chemistry to tune, alter, or reassemble materials. They grow single crystals, microstructured composites, and nanomaterials, and make heavy use of electronic, magnetic, and optical measurements. Current research topics include In situ synthesis, micro- and nano-structured magnetism, and structure and dynamics of correlated materials. 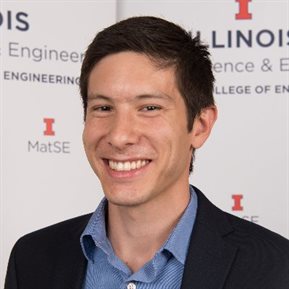 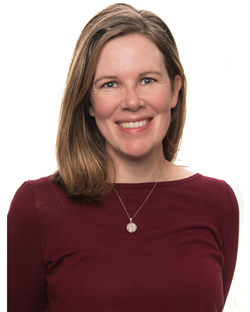 Emily Edwards is the Managing Director of the Illinois Quantum Information Science and Technology Center at the University of Illinois Urbana-Champaign. She has a PhD in physics from the University of Maryland and research experience in atomic physics and quantum information. Previously, Edwards was the Director of Communications and Outreach at the Joint Quantum Institute and has 10 years experience in science communications, illustration, and public engagement. In addition to co-leading the development of the QIS Key Concepts in 2020, she is co-leading the NSF-funded Q2Work program, which is a member of the National Q-12 Education Partnership. She also has an NSF AISL project to develop an online multimedia glossary of quantum physics terms called "The Quantum Atlas."

Fahad Mahmood is an experimentalist in condensed matter physics. He started his research lab on the femtosecond manipulation of quantum materials at the University of Illinois in August 2019. He received his B.S. from Stanford University in 2010, majoring in Physics and Aero/Astro Engineering. He went on to receive his PhD in Physics from the Massachusetts Institute of Technology in 2016. There, he developed ultrafast optical and photoemission techniques to study and control emergent phenomena in a variety of quantum materials.

Fahad's research lab develops and applies non-linear optical and time-resolved photoemission spectroscopies to solve problems at the intersection of strongly correlated quantum materials and non-equilibrium phenomena. One of the principal goals of the lab is to use laser light to engineer electronic interactions in materials, probe their spatial and temporal correlations, and realize model Hamiltonians and novel phases of matter.

View 'Research in the MRL'

Maggie is the Secondary Education Partnership Coordinator for the U of I Physics Department. She is primarily responsible for coordinating the NSF-funded high school physics partnership, IPaSS. Prior to joining the Department, Maggie taught high school for eight years in Boston and Baltimore. Maggie served as Department Chair and Physics Team Lead during those years and was twice featured as a Master Class presenter at the Expeditionary Learning National Conference. To end each year, Maggie and her students created science-themed music video parodies of popular songs. Her class was featured on the news in Baltimore for their video "New Physics".

View 'Research in the MRL' 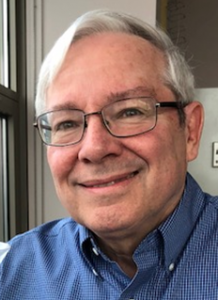 Dale J Van Harlingen is a Professor of Physics and the Donald Bigger Willett Professor of Engineering at the University of Illinois at Urbana-Champaign. He came to UIUC in 1981 after receiving a PhD in Physics from the Ohio State University and postdoctoral positions at the University of Cambridge, England, and at the University of California at Berkeley. His research is in experimental Condensed Matter Physics and Quantum Information Science, focused on the study of superconducting materials and devices. He is a Fellow of the American Physical Society, a member of the American Academy of Arts and Sciences and the National Academy of Science, and the recipient of the Oliver E. Buckley Prize from the American Physical Society.

Danielle Markovich is a PhD student in the Kourkoutis Electron Microscopy Group at Cornell University. Her current research includes electron microscopy of energy storage materials. Danielle has been painting from a young age and her passions for both art and science have always been big parts in her life. She received her BS in Engineering Physics at UIUC where she contributed physics artwork to Professor Smitha Vishveshwara's productions Quantum Voyages and Quantum Rhapsodies.

Quantum Rhapsodies is a meditation on the quantum world and its role in the Universe and our lives, told through narration, music, and visuals. piece.  The piece was created by Smitha Vishveshwara in collaboration with the Jupiter String Quartet and a visuals team involving Beckman experts, film-maker Nic Morse,  and Phys498-ART group. It premiered at the Beckman Institute at Urbana-Champaign in 2019. 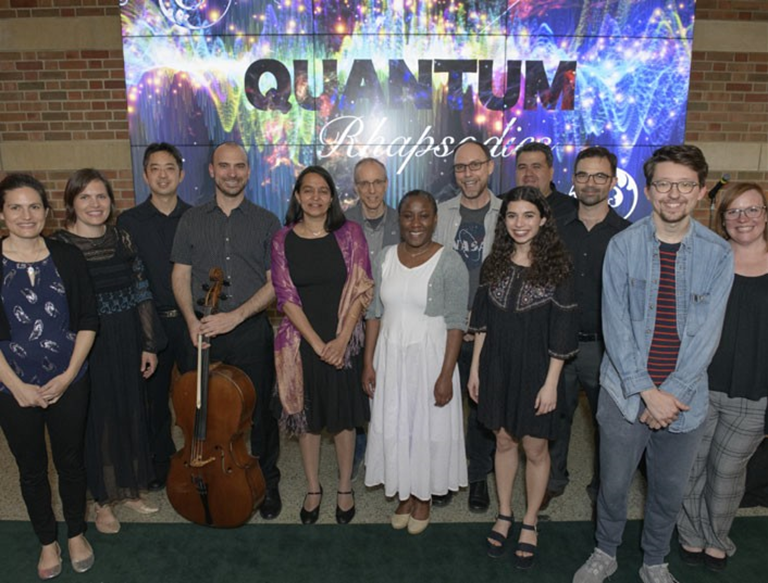 The Jupiter String Quartet, consisting of violinists Nelson Lee and Meg Freivogel, violist Liz Freivogel, and cellist Daniel McDonough, are Artists-in-Residence at the University of Illinois. They are now enjoying their 19th year together as a quartet, during which time they have performed in many of the most beautiful venues around the world. They also enjoy the chance to collaborate with specialists in other fields. Recent partnerships include the "Quantum Rhapsodies" production highlighted in this event, alongside UIUC physicist Smitha Vishveshwara; a premiere of a new work on the environment by composer Michi Wiancko, with commentary by National Resources and Environmental Sciences professor Daniel Miller; and a combined concert with Tai-Chi Grand Master Chungliang Al Huang. Their most recent recordings are a collaboration with the Jasper String Quartet and a solo quartet album, "Metamorphosis".

Anthony (Tony) J. Leggett is widely recognized as a world leader in the theory of low-temperature physics, and his pioneering work on superfluidity was recognized by the 2003 Nobel Prize in Physics.  Starting with a classics background, Professor Leggett likes to wander around both physically (the usual international physics destinations plus some less "standard" ones such as Ghana, Iran, Malaysia...) and intellectually (superconductors and superfluids, properties of glasses, extreme out-of-equilibrium phenomena and quantum computing). In 2005,  he was knighted by QE II for "services to physics".